Seawalls are hard engineered structures built parallel to the shoreline. They have a lower requirement for space than dikes and therefore can be constructed in smaller spaces. 1 Seawalls can be constructed using various materials including reinforced concrete, boulders, steel, or gabions.2 Seawalls serve as the first line of defense during, a storm surges, by protecting coastal infrastructures from wave impact.3 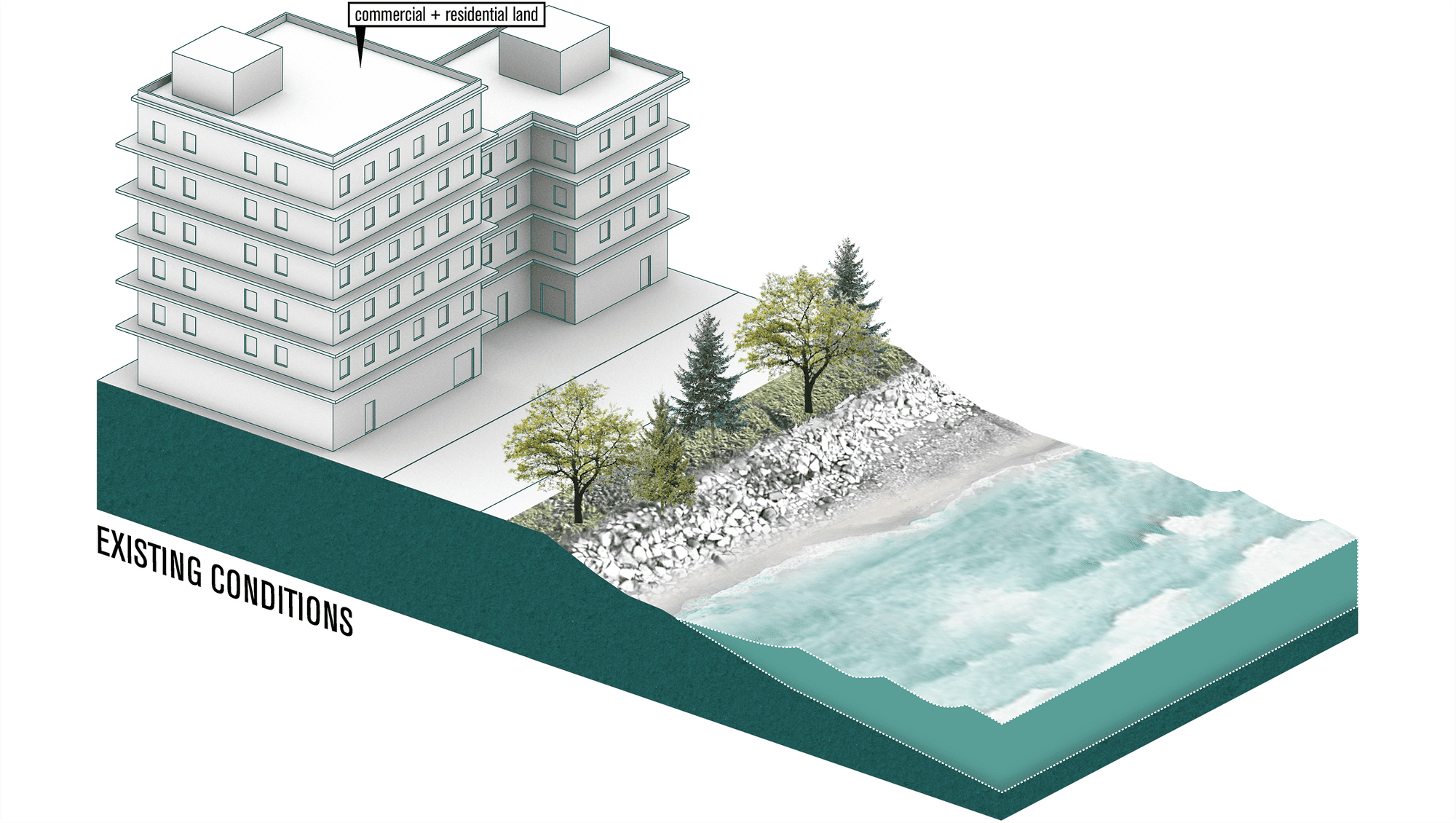 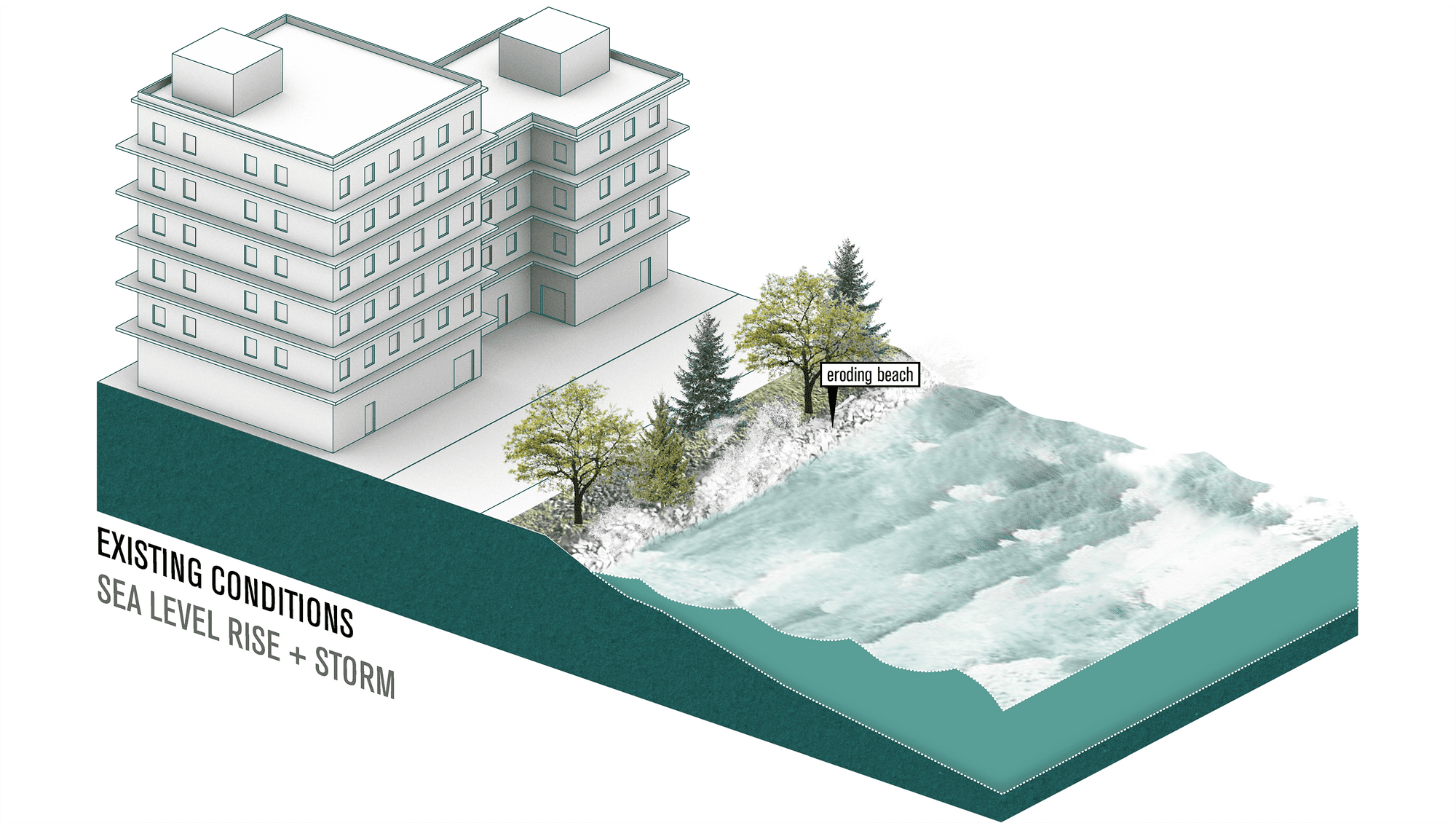 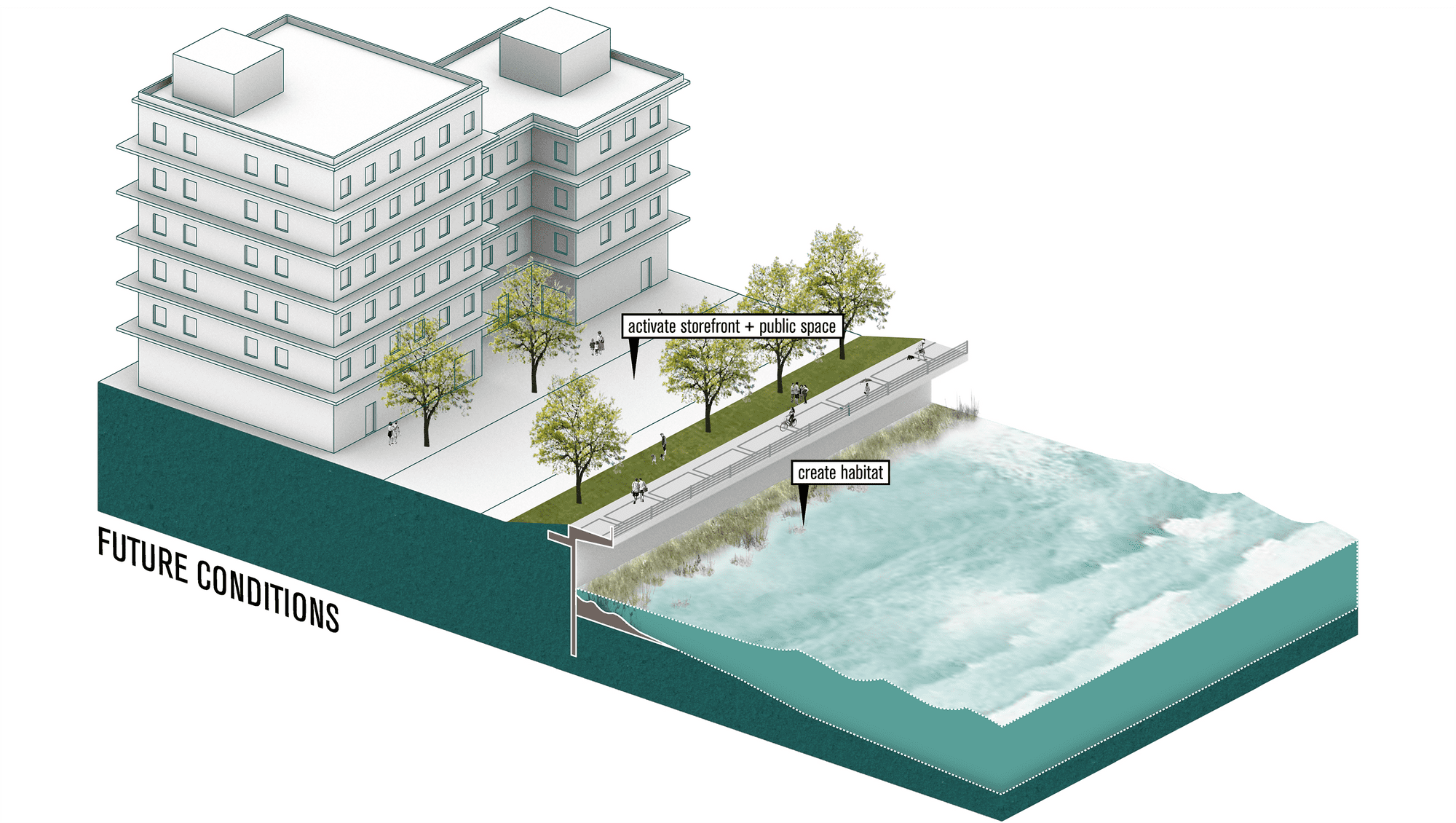 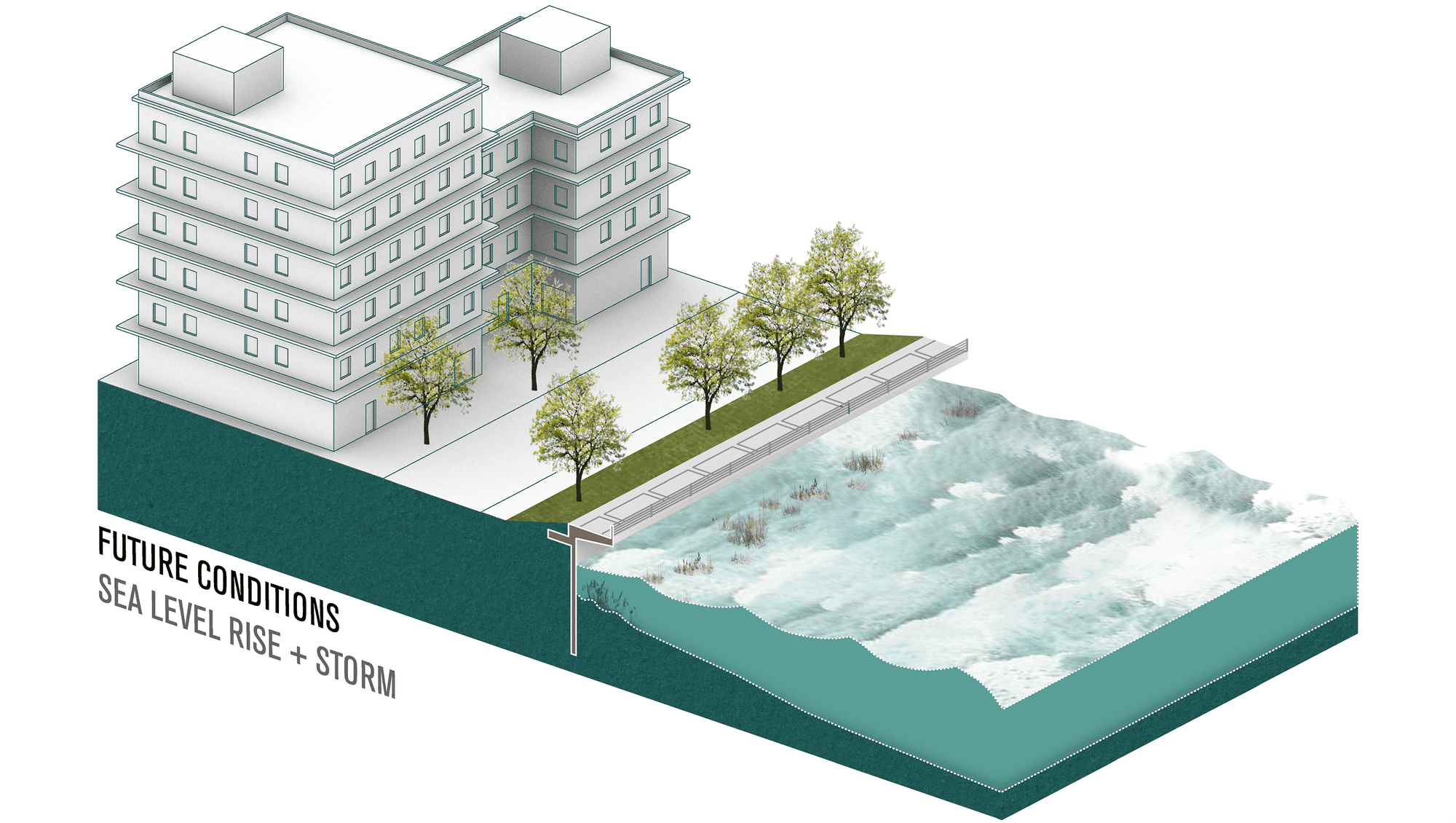 The Seattle Seawall was originally built in 1920 and 1936, however, in 2001 and 2004, concerns about the structural integrity of the wall arose. The City of Seattle put forth the Central Seawall Project to replace the 3,700 ft of the seawall with a new seismic-resistant seawall. In addition to the state-of-the-art seawall, the project was also intended to create an unprecedented salmon migration corridor, an enhanced shoreline ecology, and an aesthetically pleasing promenade.3 The seawall features light penetrable surfaces that allow sunlight under the cantilevered where textured concrete panels and habitat benches provide habitat for juvenile salmon.

The Stanley Park Seawall is one of the most popular landmarks in Vancouver. It is part of the waterfront path that connects Stanley Park, False Creek, and the Spanish Banks. The construction of the Seawall began in 1917 and was completed in 1980.4 After 1980, the Seawall continued to expand outside of Stanley Park. The Seawall near Second Beach and Sunset Beach was upgraded in 2010 and 2011 to address the erosion concerns that were caused by stroms.5